“I am extremely proud of the accomplishments that our new Executive Vice Presidents have achieved over their careers and grateful for their service and commitment to our financial institution”, stated Farmers & Merchants Bank President and CEO Brad Chambless.  “Each possesses unique skill sets thanks to their diverse professional experience, but they all are strong leaders and deserving of their promotions.”

Houghton, who now serves as EVP, Chief Operating Officer, joined Farmers and Merchants Bank in 1999 and most recently served as Senior Vice President. Since starting her career in the financial industry 23 years ago, Houghton has worked as a teller, loan assistant, executive assistant, and vice president - loan operations officer.

A native of Humphrey, she holds a Bachelor of Science degree in Agricultural Business from Arkansas State University and is an alumnus of the Graduate School of Banking at Southern Methodist University in Dallas,where she served as treasurer for her class leadership council. Houghton is also an active member of the Stuttgart community as a past president of the Kiwanis Club and the Stuttgart Chamber of Commerce, where she was named volunteer of the year in 2015. Houghton has also served on the Stuttgart Education Foundation Committee and as a member of the Philanthropic Education Organization, P.E.O. 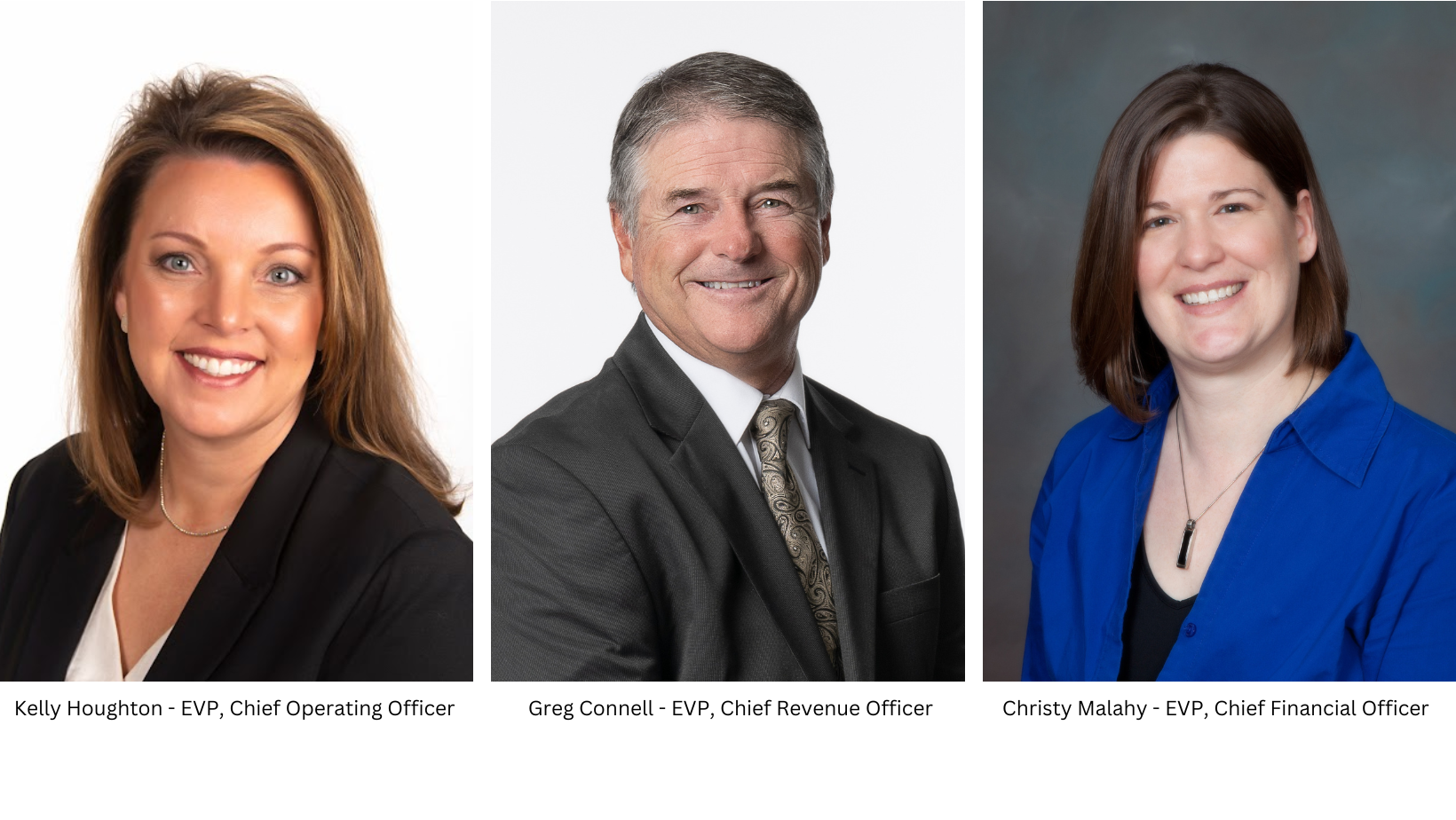 Malahy brings 23 years of accounting and financial management experience to her new role as EVP-Chief Financial Officer. She holds a Bachelor of Science degree in Business Administration with an emphasis in Accounting from Southeast Missouri State University in Cape Girardeau and is an alumnus of the Southwestern Graduate School of Banking at SMU in Dallas. She also holds Certified Public Accountant licensure in Arkansas and Missouri.

Malahy joined Farmers and Merchants Bank in 2010 as a controller before assuming the role of Chief Financial Officer in 2020.

Connell brings 41 years of financial industry knowledge and experience to his new role of EVP-Chief Revenue Officer. He started his banking career as a management trainee for Deposit Guaranty National Bank in Jackson, Mississippi and has worked in Arkansas’s financial industry as a commercial lending officer, chief credit officer  and chief financial officer since 1985. A veteran of the U.S. Marine Corps, Connell also served as an economics, accounting and finance ASU adjunct instructor at the Little Rock Air Force Base for more than a decade.

He joined Farmers and Merchants Bank, formerly Chart Bank, in 2003 as the Western Division President in Morrilton and  most recently held the positions of Chief Retail Officer and Member of the Board of Directors.

In addition to his role at Farmers and Merchants and The Bank of Fayetteville, Connell is dedicated to supporting the state’s banking industry and local community. He served two terms on the Arkansas Bankers Association Board of Directors and the ABA President Selection Committee for 4 years. Connell is also a past president of Danville Lions Club and was elected to the Danville School District Board of Education. He is also an active member of the Arkansas Golfers Association.

“Farmers and Merchants Bank has been a lighthouse of stability and service in Arkansas communities for over 75 years”, commented Executive Vice President - Chief Revenue Officer Greg Connell. “I’m fortunate to have the opportunity to work with some of the most talented and dedicated bankers in the state and am grateful to be part of the unremitting commitment to our customers and shareholders as we build for the future - plus oultre.”