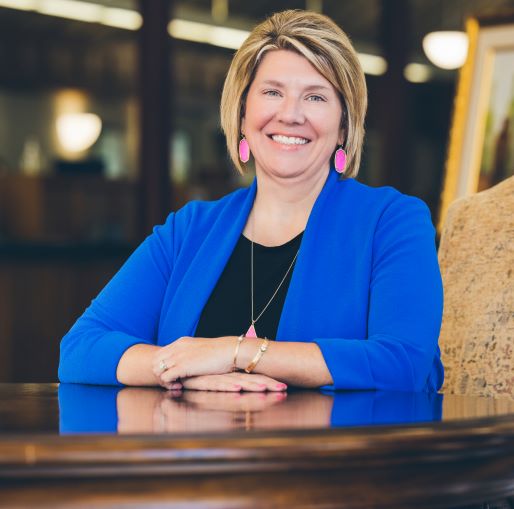 Inflation Changes Everything
A week ago, the anticipation of a lower-than-expected Consumer Price Index (CPI) print was the foundation of optimism. The S&P 500 was three weeks removed from its lows and about 6% higher. The chatter of the Fed pausing rate hikes in September was a key contributor to this optimism. The consensus was looking for the CPI to increase 0.7% versus the prior month. The number came in at 1.0%, which took the yearly increase to a new cycle high of 8.6%. The next several days would see the S&P 500 set a new low for the year along with several other rare events.

STUTTGART, AR –  Due to the rise of Covid-19 cases in Jonesboro and Northeast Arkansas, Farmers and Merchants Bank leadership has made the difficult decision to postpone the dedication and ribbon cutting scheduled at its new Southwest Drive location.
The ceremony had been slated for June 22nd at 10 am at 3100 Southwest Drive in Jonesboro.
Information on a future date for the ceremony will be provided when available. The branch lobby and MVP Center remain open for customer use.

Data from the Employment Survey for May was released this week. The job market continues to be tight. Nonfarm payrolls increased by 390,000 and payrolls were up 65,000 more than expected. Much of the growth is coming from leisure and hospitality, professional and business services, and in transportation and warehousing.

The S&P 500 finished the month up just 0.2%, but at one point the deficit was greater than 5%. The NASDAQ continues to lag and posted a loss of 1.9% in May. Emerging market and foreign developed stocks fractionally outperformed the S&P 500 as the surging U.S. dollar cooled off in recent weeks. Bond prices stabilized which led to positive returns in fixed income. 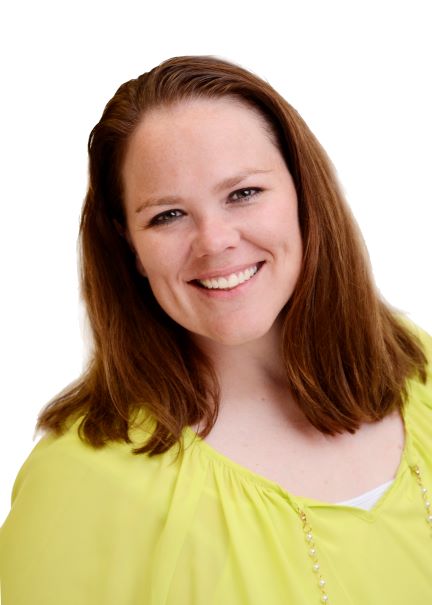 STUTTGART, AR – Farmers and Merchants Bank and The Bank of Fayetteville are pleased to announce the promotion of Pepper Morrison to the role of Assistant Vice President, Treasury Management Manager. In her new position, Morrison will oversee specialized products and banking strategies for business and nonprofit customers statewide. 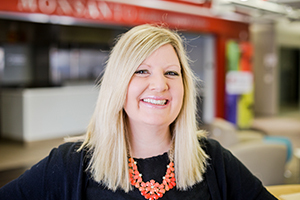 Farmers and Merchants Bank is pleased to welcome Katie Shay Schneider to the role of Community Development Officer for the Mountain Home market. In her new role, Katie will build local relationships, work with strategic partners to support the business community and improve quality of life in the North Central Arkansas region while overseeing charitable donations for the bank.

There was an increase in retail sales through April. Retailers sold 0.9% more than the previous month. Taking out autos, retail sales grew by 0.60%. The expectation was for retail sales with and without autos to grow by 1.0% and 0.30% respectively. The fastest growth in sales came from motor vehicles and parts dealers, up 2.2%. The miscellaneous store industry was up 4%. The biggest drag was gas station sales, down 2.7%. The retail sales number does not account for inflation. Considering inflation, it is likely growth is coming from price increases rather than increased sales.

Earnings for the first quarter are currently 7% higher than expected. This comes amid slower growth than in previous quarters. Overall, earnings are up 8.38% and the energy sector has contributed the most to this growth. Earnings are expected to grow by over 200% for the quarter. However, performance of companies in the financials sector has been a drag on earnings this quarter.

The S&P 500 ended the week up 0.3% as earnings season comes into focus. Heavy-weight names are starting to report first quarter earnings and there have been some big moves for well-known mega-cap stocks. Netflix fell 35% after reporting results, which dragged some other heavyweight names lower and resulted in the NASDAQ falling 1.4% on the week. Netflix is down almost 70% in the last five months. On the opposite side, Tesla was up 10% at one point this morning after their earnings were released. Real Estate Investment Trusts were among the sectors exhibiting upside with a gain of 3% on the week. Low volatility stocks have outpaced high beta stocks by more than 10% over the last 15 days.

Inflation continues to run hot. The Consumer Price Index (CPI) for March was released this week. The increase of 8.5% over the year and 1.2% from February to March shows a continuation of price increases. A lot of this increase can be attributed to sharp rises in energy. Fuel oil was up 22.3% and gasoline, up 18.1% over the month, contributed to an increase of 11.0% in the energy segment of the report. From last year, fuel oil and gasoline were up 70.1% and 48.0%, respectively. Prices for used cars were the only major decline in the month, down 3.8%. CPI excluding food and energy was up 6.5%. The high inflation number increases the likelihood of more aggressive Federal Reserve action. The probability has increased for a 0.50% raise at the Federal Open Market Committee May meeting.

The Federal Reserve (Fed) rhetoric was a headwind to risk assets this week. Current and former governors spoke openly about increasing interest rates in an “expeditious” manner. This leaves multiple 50 basis points hikes on the table for upcoming meetings. The market is pricing in an 86% chance of a 50-point increase at the next meeting on May 4. It is also pricing in a peak Fed Funds Rate above 3.25% in 2023. The last cycle the Fed Funds Rate peaked at 2.5%. The only other time since 1980 that the Fed Funds Rate exceeded a prior peak was in June 2000 when the Fed increased their target rate by 50 basis points. They ended up cutting rates 425 basis points in 2001 as the tech bubble unraveled.

Weakness in housing continued this week but is not necessarily indicative of a significant reduction in demand. Pending home sales dropped by 4.1% in February from January. All regions were down outside of the Northeast. Year-over-year, pending home sales were down 5.4%. The primary reason given for the decline was the lack of inventory of homes available for sale. Buyers may want to lock in rates now as the Federal Reserve starts on the path of raising the Fed Funds Rate.

Last Wednesday China made comments that it intends to keep capital markets stable and support overseas listings. It was deemed to be similar in nature to European Central Bank President Mario Draghi’s “Whatever it takes” speech that ended the euro crisis a decade ago. The Hong Kong Technology Index, which was down more than 65% in just over a year, would rally 22% on the day. It added another 11% this week. Given the prior sell-off in equities alongside bearish positioning, it was likely to spark a global rally. There was just one problem; in several hours the Federal Reserve was poised to raise rates for the first time in four years.

In an unsurprising move, the Federal Reserve Open Market Committee voted to increase the federal funds rate by 0.25% to a range of 0.25-0.50%. The widely signaled moved is the start of an increase cycle. Fed Chair Jerome Powell’s post meeting comments conveyed an additional six increases throughout the year with the potential for four additional increases next year. Fed Chair Powell commented on higher than desired inflation and the potential for higher prices to persist. Their expectation is for inflation to eventually come down to the target of 2% after Fed action.

Equities continued to face pressure with most major indices posting a new closing low this week. The downside was muted by a sharp rally on Wednesday that left most domestic indices down 2-4% on the week. The policy response to the Russia Ukraine war has been a shock to the market with the most extreme measures being taken. As noted previously, these will impact NATO countries with significantly higher commodity prices. The Bloomberg U.S. Aggregate Bond Index was down 0.5% on the week as yields moved higher and corporate bond spreads widened.

Russia-Ukraine war news dominated headlines this week contributing to market fluctuations. The S&P 500 is up 3.85% this week after sharp moves down last week. The largest contributor to performance was a 7.97% increase in the Energy sector.

Equities fell sharply on the week and closed below their January lows. The S&P 500 ended the week down 5.6%. The NASDAQ has been lower for five consecutive days and recorded a 7.7% decline. Foreign equities held up better with emerging markets faring the best on a relative basis with a 3.0% decline. The Bloomberg U.S. Aggregate Bond Index was down 0.1% as Treasury yields remained elevated and corporate bond spreads widened.

We saw a significant increase in prices in January. The Consumer Price Index (CPI) was up 7.5% year-over-year. Over the month, CPI was up 0.6% from December. Increases in food, electricity and shelter were the largest contributors to the rise in prices. Excluding food and energy, CPI was up 6% over the year and 0.6% over the month. Energy has been the biggest increase over the year, up 27%. This jump in prices also increases the chance of larger than expected action from the Federal Open Market Committee (FOMC). The probability of a 50 basis points increase in March is up to 46%.

Equities recouped early losses in the week to end mostly in the green. The S&P 500 was down fractionally, but the NASDAQ was up 0.5%. Small caps outperformed with a gain of 2.7% and emerging markets also fared well with a 2.2% advance. The Bloomberg Barclays Aggregate Bond Index was down 1.2% as yields make a material move higher in recent days. The bond index is down 3.2% in 2022, making it the worst start to a year going back to index inception in 1976.

The U.S. economy, as measured by Gross Domestic Product (GDP), grew by 6.9% in the fourth quarter over the previous quarter. The growth in GDP was led by increases in private inventory investment, exports, personal consumption expenditure and nonresidential fixed investment. Rolling off government stimulus programs led to reductions in federal, state and local government spending. The Omicron surge negatively impacted growth in the latter part of the quarter. 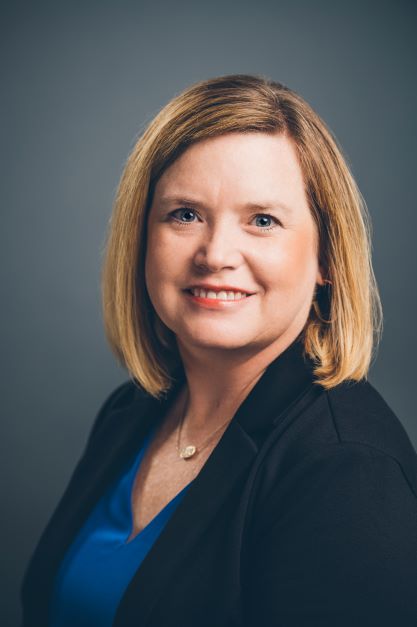 Congratulations to Kenlea Baker, who has been named Vice President, Market Operations Coordinator for Farmers and Merchants Bank and The Bank of Fayetteville.
Since starting with The Bank of Fayetteville 13 years ago, Baker has been a teller, loan assistant, loan processor, lender and branch manager. Most recently, Baker served as VP, Training Officer for the bank. Baker’s experience and wide range of knowledge make her a natural fit for her new role.

The S&P 500 lost 4.08% this week. This loss comes as investors react to the increased likelihood of contractionary monetary policy from the Federal Reserve. The FactSet Policy Rate Tracker has the probability of a rate hike of greater than 25 basis points at over 99%. Some investment firms are expecting as many as four rate hikes this year. The potential hikes are to address inflation concerns. These increases are expected to contribute to slower economic growth.

Equities remain weak to begin the year, although they managed to bounce back to end the week green. The S&P 500 was up 0.6% with identical gains seen in the NASDAQ Composite. Oil and natural gas indices were up about 8% on the week with bank indices up about 5%. Over the last year, the First Trust Natural Gas Index is up 83.8% compared to a decline of 9.9% in the Russell 2000 growth. It is another example to fade consensus narratives and crowded positioning. 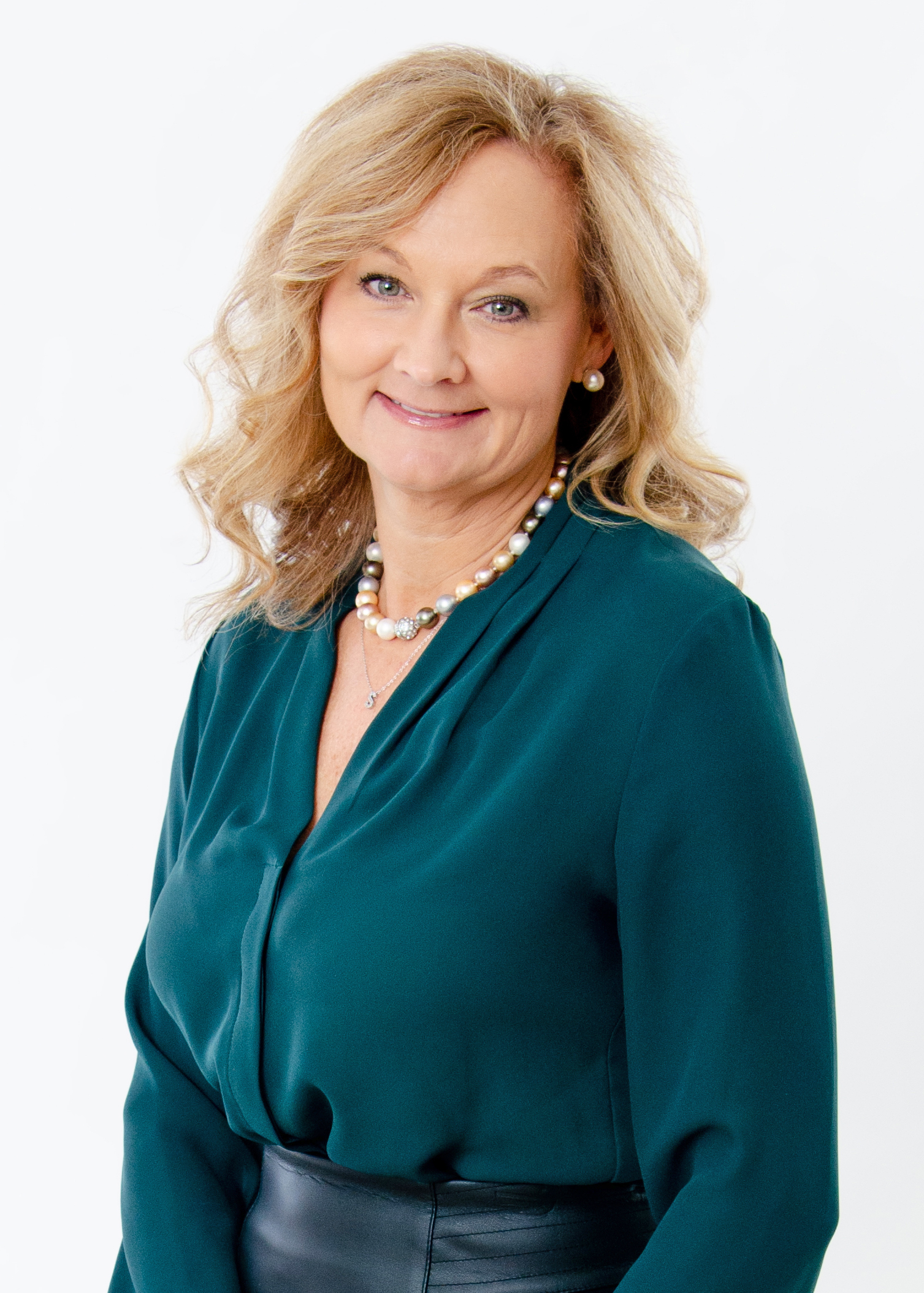 MVP Centers Near You

Farmers & Merchants Bank and The Bank of Fayetteville would like to introduce you to our new MVP Centers. These Integrated Teller Machines are a new and improved way to do banking on the go! Follow this link to see a quick video on how our MVP works.

Read More about MVP Centers Near You 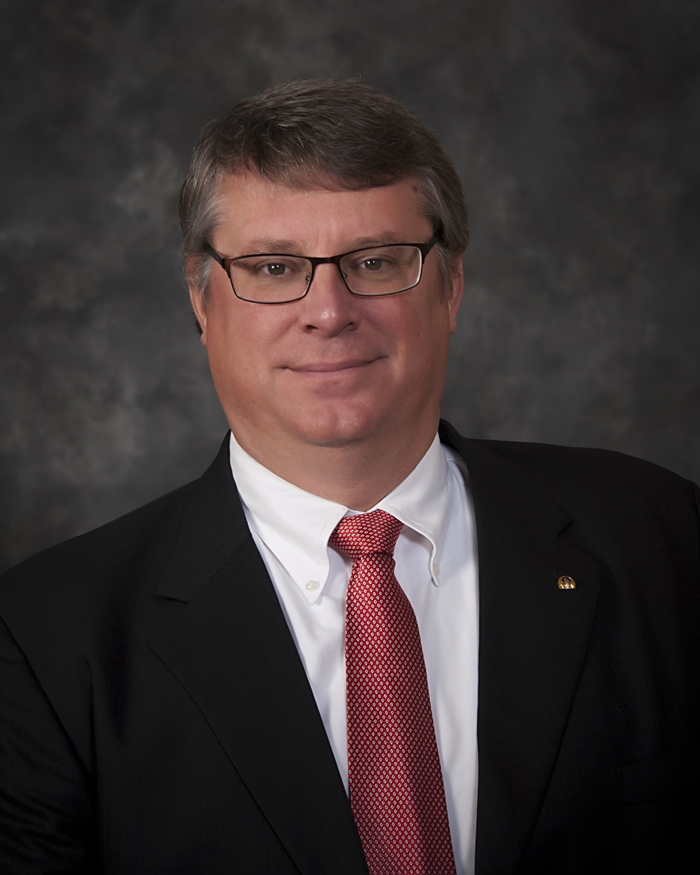 January 9, 2021 (Stuttgart, Arkansas)- The Board of Directors of Farmers and Merchants Bank and the Bank of Fayetteville announces the appointment of Brad Chambless as Chief Executive Officer and President as of January 1, 2021.